Purchasing a new home is an exciting and wonderful time. It's something everyone dreams about, whether you're a first-time buyer or preparing for retirement.

For 25 years, Todd Homes has been privileged to build quality homes to accomodate the needs and wants of families and individuals in Butler County and surrounding areas. 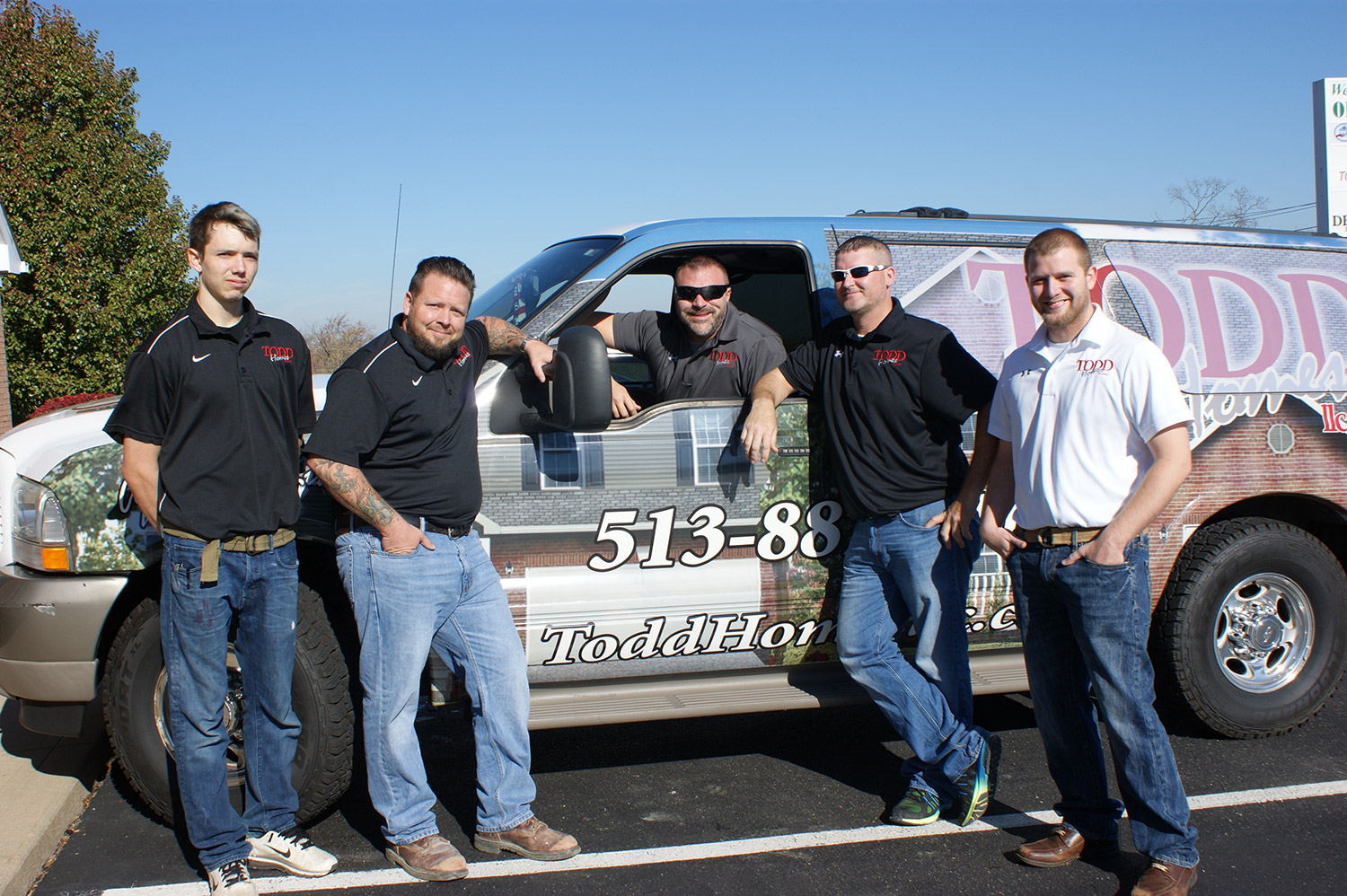 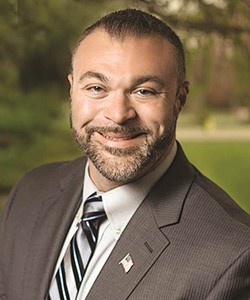 Building is in Todd Hall’s blood. He has been around it since he was eleven years old.

Todd’s grandfather was local icon Carlos Todd, a trailblazer in developing southeastern Butler County and who brilliantly helped transform it into one of the most sought-after home destinations in the region today. When Carlos’ grandson Todd turned eleven, Carlos gave him his first job in development. Carlos was young Todd’s mentor and guide. It didn’t take long from there…Todd Hall was building his own first home by the time he was seventeen!

Todd was off and running. After graduating Lakota East High School and attending the University of Cincinnati for Business Management, Todd formed his own company. Since then, Todd has built over 500 homes, including his first entry in the 2016 Homarama with the stunning and upscale “The Monaco”. However, Todd prefers to keep his designs attainable to mainstream home seekers, building homes of affordable luxury. Todd has purposely kept his business small and family owned, staying close to his Butler County roots. “Big corporate builders spread their money all over the country,” says Todd. “I prefer to keep it all in this area and support the local economy and businesses. Like my grandfather, I choose to invest right here at home and hopefully help keep it a great place to live, work and play.”

Today, Todd still lives in his hometown of West Chester, where he enjoys spending time with his two children Carly and Todd. Todd is also the Chairman of the Butler County Republican Party where he involves himself in promoting common sense, conservative politics and principles. Todd enjoys fishing on his time away. 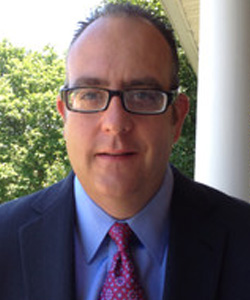 Kyle hails from Arizona but migrated back to his family home in 1994 where he and his wife Christy have raised 3 energetic daughters in SW Ohio. Cincinnati is home.

Whether in medium to large Non-Profits or Franchise 500 companies, Kyle has leveraged the strengths of team members to accomplish common objectives within tight deadline schedules. Building and maintaining relationships is what Kyle does best.

He is trusted by colleagues and clients alike to exceed expectations on delivery of products and services, and has the ability to break up complex problems and processes into logical and manageable tasks. He works tirelessly and effectively to deliver exceptional results again and again. So it’s no wonder that Kyle is a part of the Todd Homes Team.

Let’s face it, building a home can be a daunting task. But don’t worry, once you decide to build with Todd Homes you will be introduced to Kyle. He will assist in answering your questions and take the time to help guide you all the way through to your home completion. 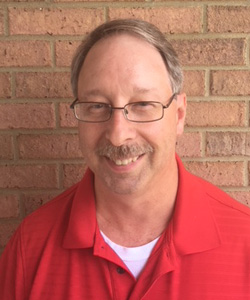 Roger is a native to Cincinnati. After getting an accounting degree from the University of Cincinnati with the help of the Army College Fund he has worked as a construction accountant. He has worked in the asbestos abatement, rebar reinforcement, structural steel, athletic flooring, general contracting, and asphalt paving industries. He is looking forward to working in the home building industry.

He is married to his wonderful wife Julie since 1991 and they have been blessed with a son Nathan.

He has coached and umpired baseball for two decades. He is currently a coach for the Mason Challenger league. 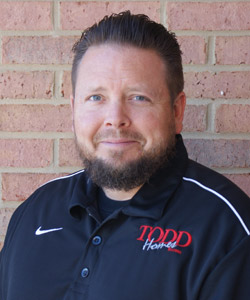 Matt Tracy is the Construction Manager at Todd Homes. He started working with Todd Hall in November of 2003. Todd and Matt have been through everything in this business; The highs and the lows that are unpredictable in construction. Matt's father has been a General Contractor all of his life. So it was only natural for him to follow in his footsteps. Matt's father assists Todd Homes whenever he is needed and is a huge source of information to us.

Matt is a graduate of Lakota High School. He has a history in management and HVAC. Everything he has come to know has come from working in the field. Matt is very hands on throughout the entire construction of your new home. He treats every home as if it were his until it's yours. Nothing satisfies him more than taking a blank lot and constructing someone's dream home. Matt says "The smiles and excitement will never get old." 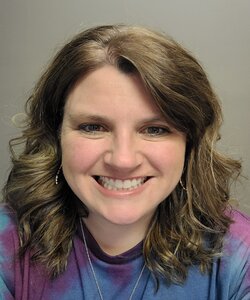 Shannon joined the Todd Homes team in 2020 as an Administrative Assistant to the Sales Team. Her extensive background in administration and customer service, as well as experience in the construction industry makes her a great asset to the team.

Shannon and her husband, Jason, both graduates of Talawanda High School, have been married since 1996 and are blessed with 2 amazing and beautiful daughters, Beth and Lexi. During her off time you will most likely find Shannon with her family at their campsite, or working on one of many craft projects. 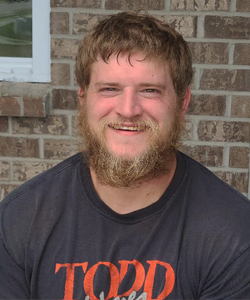 Dylan has been with Todd Homes since 2017 and assists our Construction Manager, Matt Tracy, with the construction and delivery of each and every home we build. You will likely meet Dylan during the Final Walkthrough/Punch Out of your home. He takes pride in his work and it shows!

Dylan is a graduate of Loveland High School and has a background in Engine Repair and Home Remodeling. During his free time you will find him in the gym training for Strong Man Competitions around the Mid-West. 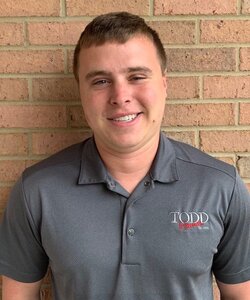 Andrew started working at Todd Homes at the beginning of 2021. A few months after starting, he graduated from the Business School at University of Cincinnati with a degree in Finance.

He was born and raised in West Chester, spending lots of time with his parents and four younger siblings. He is excited to be able to stay and work in the area that he grew very fond of while growing up. Andrew has always enjoyed sports, especially baseball. In his free time you can often find him at a Reds game with friends and family. 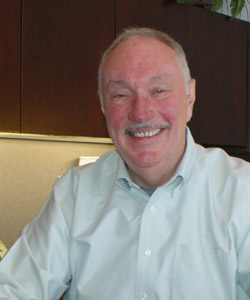 Thomas Hall retired from a law enforcement career having served the citizens for over 28 years. Along with other awards one of them being Police Officer of the year.

Tom currently serves in several capacities: President of his home owner's association, President of his FOP Lodge #74 and a member of the Springdale Planning Commission & Board Of Zoning Appeals.

Most importantly, he is Todd Hall’s Father and grandfather to Todd’s children. After retirement Tom decided to help Todd to develop his business and has been doing so ever since. 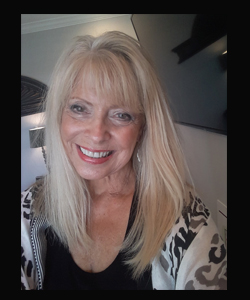 Karen will be one of the first people you meet when you visit our Model Home!

She brings with her 37 years of experience in the Beauty and Fragrance world traveling the country, meeting new faces, training, coordinating special events and building teams with successful sales people.
Her motto has always been, “Treat your customer the way you would want to be treated yourself” by listening, being informative, concerned and passionate about what you do.

Karen and her husband Don are proud owners of a TODD HOME since 2017. 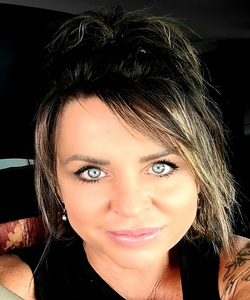 Cathy is our Selections Coordinator/Designer. You will meet her during the selections process and she will assist you in hand selecting the interior and exterior finishes for your home.

Cathy has many years of experience creating warm and inviting homes. With her eclectic style and expertise in adding custom pieces with what you already own, she loves to help you to create a space that is uniquely yours.